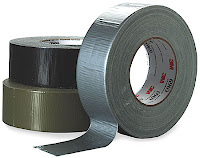 
Several years ago my darling wife thought it would be a good idea to have another child. We were planning a move to New Jersey, and what better way to tie it all together than the arrival of Andrew Richard. She convinced me I was being selfish in hesitating and that our son Christian needed a “partner in crime” (Who knew just how accurately that statement would manifest itself?). Eventually, she lured me in with her feminine charms, and the rest as they say, is history. I will repeat here what I have said for many years: “The best thing about kids … is making them.”


After 2 years or so into our development of young Andrew “The Incident” occurred. (For those who read my previous story there’s no explanation necessary). For you newcomers, Andrew decided it was a good idea to take off his diaper and “decorate” his bedroom.  After this happened several times, my wife and I struggled to find a solution. (Not feeding him anymore so he produced no more waste was mentioned as an option, but never gained any momentum.) Another ancillary problem was good old “number one.” Poop isn’t the only waste product a toddler produces and on a full bladder ill bet that mini fire-hose packs 700-800 psi - I’m talking walls, curtains, furniture, ceiling fan (yes ceiling fan) - nothing was safe. Adele and I began discussing the possibility of somehow taping his diaper closed in addition to the usual fasteners so he couldn’t get his diaper off. After much deliberation, we both agreed that duct tape would be the best tape to do the trick, yet we couldn’t bring ourselves to actually go through with it. Phrases like “How could we do this to our child?” “What kind of parents would we be?” were spoken, and the initiative was put on hold … briefly.
It took one special afternoon when Adele and I were both at home, for the initiative to initiate. That was the day the most brutal “incident” occurred. In a small 12x13 bedroom, my darling wife witnessed first hand the absolute carnage I could barely describe to her previously. This was the perfect storm, the incident of all incidents, numbers one and two in perfect harmony. It was the end of the line for our Andrew, and the beginning of the duct tape initiative.
Adele and I no longer questioned our parenting skills after that fateful day. We knew our problem could only be solved with drastic measures.  We started using duct tape to secure his diapers and the “incidents” became a thing of the past. From then on our changing table was stocked with the necessities for the changing and cleaning of a toddler: fresh, clean diapers, baby wipes, burp cloths, various ointments, Desetin, Balmex and DUCT TAPE!!!!!!!!!. Which one of these things doesn’t belong? That’s right; we stopped using Desetin, after a few tries and stuck to the Balmex.
Coincidentally, the duct tape initiative began about the same time as the “Ketel-1 Project”. For those not in the know, Ketel-1 is premium vodka, and became the necessary libation of choice thanks in no small part to my 2 young children.


Darren Pecoraro is a 45 year old retired stay-at-home dad from Englishtown NJ. He enjoys all sports, especially golf, music, and writing. His greatest love is his wife, Adele, and their two boys, Christian, and Andrew. 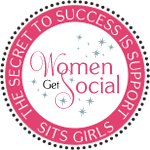